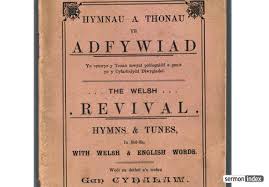 This last has a fascinating story behind its writing, which you can read all about at our friend Well-Digger’s blog.  Click on “The Miner’s Hymn” above to connect to that fascinating post.  Some of the most salient points I learned from it are:  the lyric writer, Dafydd William, lived in a marshy area near the Loughor River,where he probably wrote the hymn, in the mid 1700s. (In the play, the hymn is sung in a mine in the town of Loughor.) Several English translations were made beginning in the mid to late 1800s.  It became associated with miners after a terrible coal mine flood in the 1870s, when a group of trapped miners sang it while watching the flood waters rise around them. It has been associated with a number of hymn tunes, including Ebenezer and Alexander. 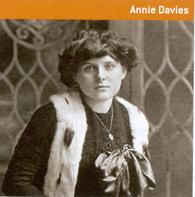 The story of Annie Davies, an 18-year-old trained singer who traveled with Evan Roberts during the Revival, is recounted in the same blog, as part of the story of “Here is Love”. (Click on title above to access that entire blog.) This is another lyric from the 18th century, though far better known today because some contemporary worship leaders have popularized it in a major key setting by Robert Lowry. Annie herself, writing about her experiences, says that she sang the lyrics first to the tune which is called Cwyfan Prydain, or Britain’s Lament.

What does “Regency” mean, anyway?

Most of us have heard the term 'Regency England' at some point. You may associate…