Playwright Laurie Brooks suggests using traditional 19th century music to enhance her play, A Laura Ingalls Wilder Christmas. And she points to a valuable resource, a compilation of all the songs mentioned in Wilder’s Little House books. The Laura Ingalls Wilder Songbook presents a comprehensive collection of folk tunes from the 1800s in America. Some are silly, many are familiar, but a few have slipped through the cracks of culture and been forgotten.

One of these, “Where There’s a Will, There’s a Way” (words and music by Henry Clifton, 1867), Brooks has adopted as the unofficial theme for her play about a difficult time in Laura’s early life. Her parents were struggling to make ends meet, and had left the familiarity of farming for life in town. Perseverance was a hallmark of Charles and Caroline’s lives, and so this little some about contentment and hope is very appropriate. Our audience will hear it played or sung several times in the course of the play. Here is verse one and the chorus:

This life is a difficult riddle,
for how many people we see
with faces as long as a fiddle
that ought to be shining with glee?
I am sure in this world there are plenty
of good things enough for us all.
And yet there’s not one out of twenty,
but thinks that his share is too small.

Then what is the use of repining
for where there’s a will there’s a way.
And tomorrow the sun may be shining,
although it is cloudy today. 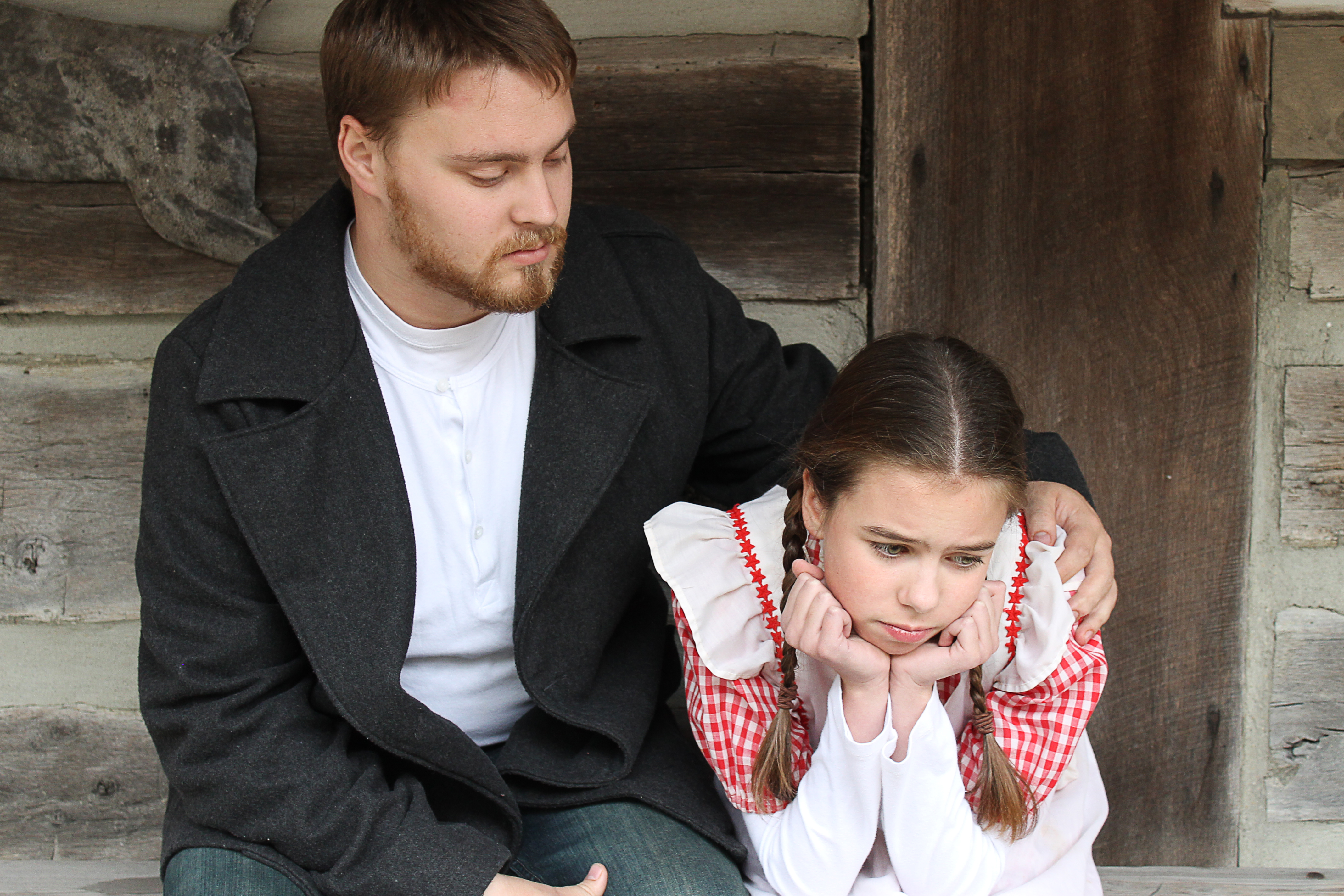 Other songs used instrumentally are:  “In the Sweet By and By” (words by S. Fillmore Bennett; music by J.P. Webster, 1867), which opens the play as the family stand around Baby Freddy’s grave;  “Deck and Halls” and “Silent Night”–used for scene changes or pantomime; “Paddle Your Own Canoe” (words and music by Henry Clifton, 1867)–heard played on the tavern piano in the three “soundscapes” depicting life in the hotel. Additionally, several songs will be sung:  “The First Noel”–Mary and Laura are practicing for a Christmas Eve service;  “Oft in the Stilly Night” (words by Thomas Moore, music: traditional Scottish, 1815)–a sad song sung as a sort of wistful lullaby by Ma and Mrs. Starr; and “Merry, Merry Christmas” (words and music by Mrs. T.J. Cook, 1871)–a lively piece whose rollicking chorus and hymnlike verses will be unfamiliar to the audience. It perfectly portrays the joy the family feels at the end of the play:

Why should we so joyfully sing with grateful mirth?
See, the Sun of Righteousness beams upon the earth! 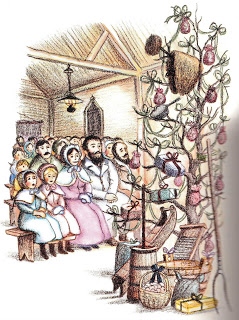 It's fairly obvious from the banner what WE are celebrating this year:  all for One…

Up Next: “A Laura Ingalls Wilder Christmas”