One of the more significant changes to our production was the prologue. In Hamill’s original, all the Gossips enter talking simultaneously, which is mildly entertaining, but impossible to understand. For our purposes, a brief piece of doggerel was composed which underscores exactly what kind of folk these are. Both versions are nonsense, but one is clearer for our audience.

We chose to mask our Gossips, again for clarity, since they (mostly) did not change costumes for their named characters. (An exception was the actress playing Lucy Steele, who had a different gown for her Gossip role.) These simple masks were attached to eyeglass frames for ease, since at times the Gossips had to become named characters in mid-scene. The masks also served as metaphorical commentary on the anonymous quality of gossip, one of the things which allows it to do some much damage. The cloak of anonymity makes it safer to spread poison.

We also used more stylized masks for all the attendees at the London ball–except for Elinor and Marianne.  (A huge thank you to Jennifer Netting, our Mrs. Jennings, who acquired and detailed all the masks.) This was to heighten the sense of their isolation in a room full of strangers, and add to the nightmare quality of the scene after Willoughby publicly shuns Marianne. Finally, the Gossips also played a variety of servant roles, all of whom were masked (except the Dashwoods’ named servant, Thomas). In the Regency, and still today, the servant class goes largely nameless and faceless.

One other use of masks came in another sequence unique to our production, a pantomime which took place during Colonel Brandon’s Act 2 monologue. In it, he details the tragic history of a young woman he once loved (and who reminds him of Marianne). Her orphaned, illegitimate daughter fell prey to Mr. Willoughby, who has since cruelly jilted Marianne. Our actors, accompanied by soft piano underscore, act out the story of Brandon’s early love. All are masked except Marianne, playing the role of Eliza. Since Brandon is now in love with Marianne, and has said she reminds him of Eliza, it seemed appropriate to allow her face to be shown.

Another much-remarked moment in our production is the storm sequence, which employs not only sound and lighting effects, but huge pieces of silk fabric–gray and black– which create obstacles for Marianne. The script says that the Gossips should buffet and hinder her, but the fabric adds a whole new dimension, suggesting the wind and rain, but physically ensnaring her as well.  The music in the underscore is precisely timed with her fall into the Gossips’ arms. They then carry her to the bed and drape her in black as the music ends. It is one of the most beautiful and affecting scenes in the play.

Finally, some other added moments which facilitated the flow from scene to scene without requiring a blackout:

As an unperfect actor on the stage,
Who with his fear is put besides his part,
Or some fierce thing replete with too much rage,
Whose strength’s abundance weakens his own heart;

So I, for fear of trust, forget to say
The perfect ceremony of love’s rite,
And in mine own love’s strength seem to decay,
O’ercharged with burden of mine own love’s might.

O let my books be then the eloquence
And dumb presagers of my speaking breast,
Who plead for love and look for recompense
More than that tongue that more hath more expressed. 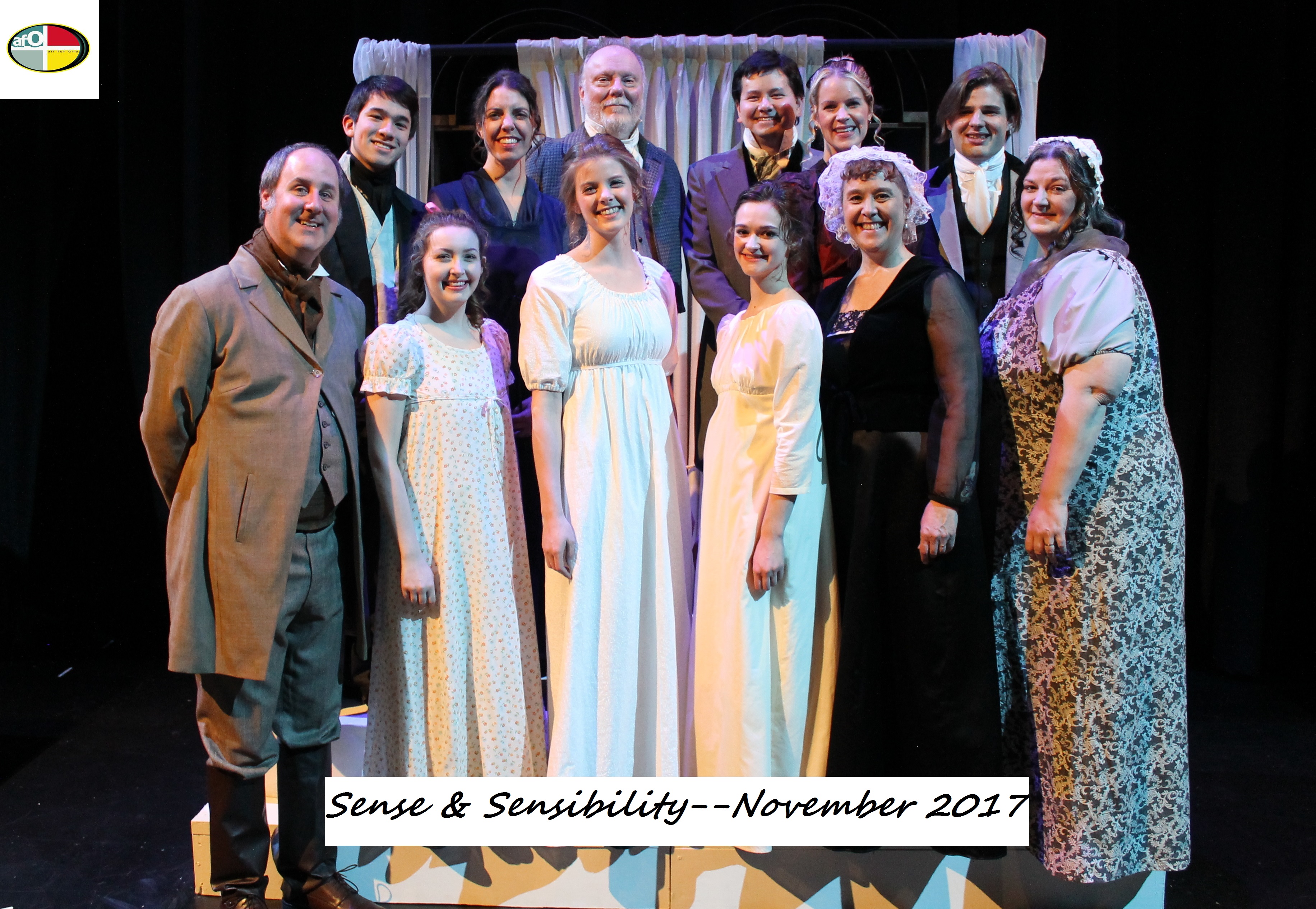