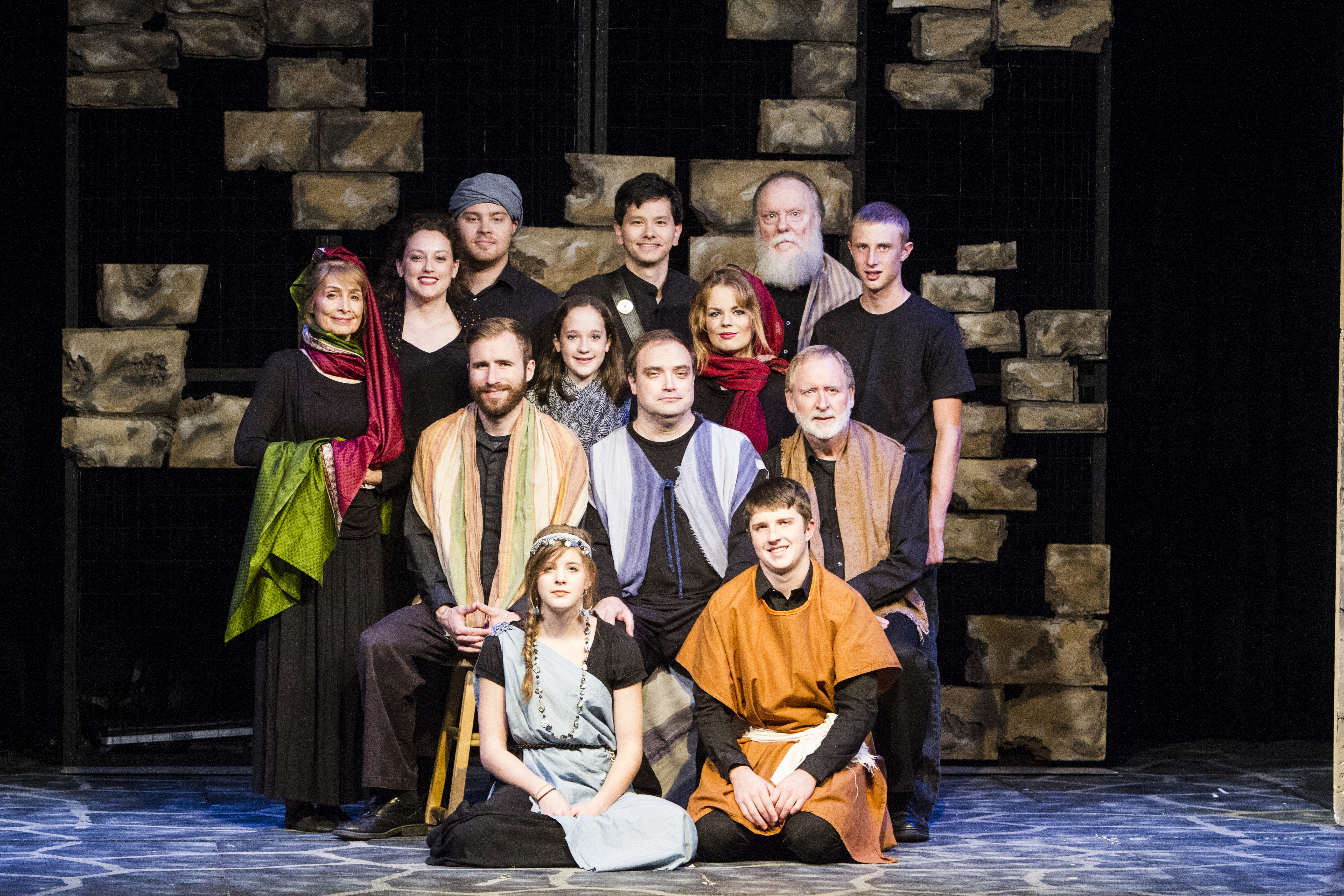 By and large, the cast wore their own black street clothes (ladies all in skirts and tops, men in pants and shirts–some button-down and some pullover. Kayla made all the final decisions about who wore what piece of fabric for accent. She also decided that each man who played a character role (e.g., Dennis Nichols, who played Luke; Adam Bodnar who played an official; Ron Stauss who played Silas; et al.)  in the flashbacks would simply pull his fabric shawl up to cover his head. It was quick, simple, and noticeably different.

Kayla also designed the piece that the slave girl wore, which was easily converted into the head covering she wore after joining the church at Philippi. Because jewelry was worn particularly by pagans at that time and place, none of the women in the church are wearing any jewelry. The slave girl removes all of hers after Paul casts the demon out of her.

When this play was done on tour, the actor playing Luther wore a simple black tunic which suggested both a generic medieval garment and a monk’s robe. However, we were looking for something more for this fully-staged version. Since Luther was hiding in a castle, wearing borrowed clothes, we went hunting for period portraits of German knights. Here are some we found:

We wanted Luther to wear some color, and found the perfect fabric in afO’s collection. A collarless linen shirt under a sleeveless tunic was easy and gave the general impression of medieval middle class status, when worn with tights and soft shoes. A hooded black cape was added shortly after the start of the play when Luther becomes a monk. Since most men wore dark long coats over their tunics, this cape did double duty, suggesting both a coat and a monk’s robe. During one nighttime scene toward the play’s end, Jeff did put the hood up onto his head.

Special thanks to Kayla Reed for sewing Luther’s tunic, and to Jeanne Pendleton at IPFW’s Costume Shop, for providing the tall boots Luther wears at the top of the show. She also donated the fabric we used to make Luther’s bed cover. 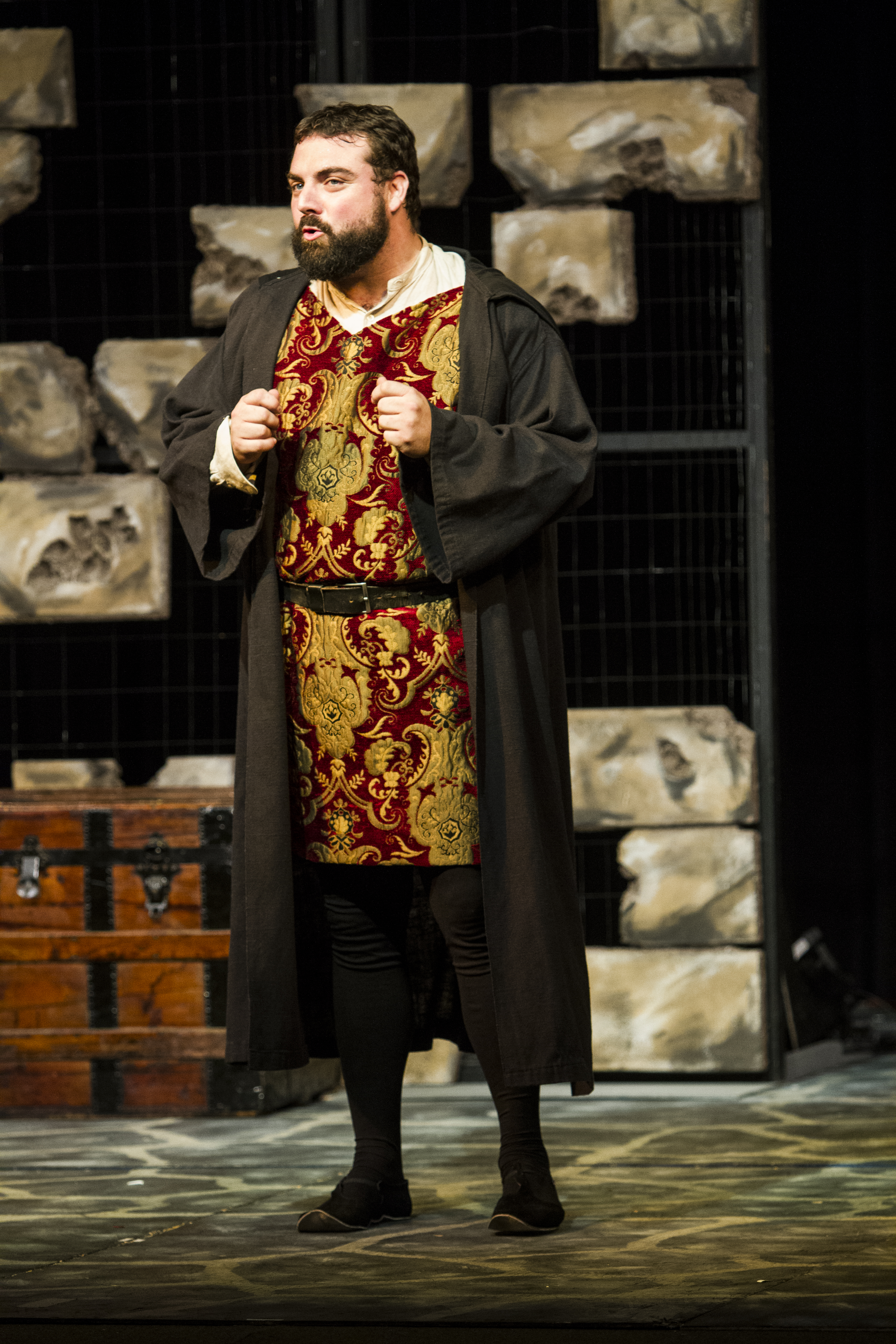