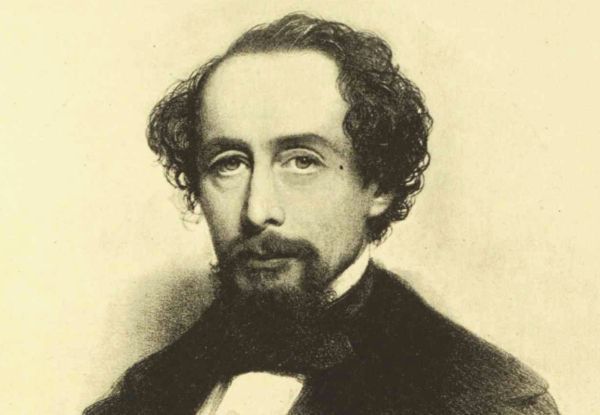 At the age of 31, Charles Dickens had already lived through several reversals of fortune and circumstance: from an idyllic early childhood, to the trauma of separation from his family, to a tentative career in journalism, to the triumphant reception of his fictional writing, including The Pickwick Papers, Oliver Twist and Nicholas Nickleby.

In 1843, now with a wife and four children to support (he and Catherine–nee Hogarth–would eventually have ten), his monthly income threatened to decrease due to lower sales of the magazine in which his current novel (Barnaby Rudge) was being serialized. 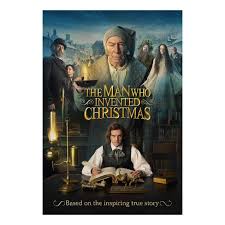 As well-depicted in the 2017 film, The Man Who Invented Christmas, Dickens was in need of cash. Yet this motivation seems to have created writer’s block rather than fresh enthusiasm for his craft. Meanwhile, other passionate interests continued to distract him, especially issues of social injustice against the poor, specifically children.  Earlier that year, Dickens had toured a mining community and threatened to write a pamphlet on the appalling state of its child laborers. Indeed, ever since his own experience working in a factory as a boy (while his father was in debtor’s prison), he had been passionate for reform of child labor laws and better education to lift them out of poverty.

Fortunately for the world, he changed his mind about the pamphlet. He chose instead to continue his practice of exploring the flaws of the 19th century through the medium of story. Nicholas Nickleby had already spoken strongly to the state of education, and Oliver Twist to the plight of orphans languishing in ill-run workhouses. Now he would turn his attention to the need for philanthropy in order to transform society. 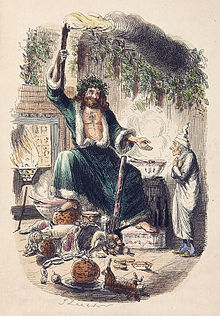 from the 1st edition, illustration by John Leech

“A Christmas Carol in Prose” exceeded his expectations in generating a spirit of generosity among the well-to-do. And it succeeded in elevating the status of Christmas celebrations in general, in ways he likely had not foreseen. Even today, an emphasis on the holiday as a time for family gatherings, feasting, gift-giving and making merry, can be traced back directly to this classic story, the most popular that Charles Dickens ever wrote.

The enduring appeal of A Christmas Carol can be seen in its ubiquitous presence at the holiday season, and in its vast number of adaptations: Wikipedia lists 57 stage versions, 20 film versions, 26 made-for television productions, 20 radio plays, 11 audio recordings, 4 operas, 7 graphic novels and 10 parodies, plus a long list of derivative works. And this list is certainly not exhaustive.

all for One‘s upcoming production was dramatized by Doris Baizley and received its premiere in 1977 at the Mark Taper Forum, Los Angeles.  For tickets and more information, go to the all for One website.

If you have seen any of the myriad film or television adaptations of Jane Eyre,…