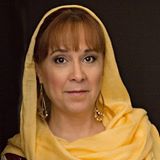 “As most of you know, putting a theater production together is never a solo effort. Even if the show only has one person in it, it is still a collaboration with a director and designers, as well as the crew that runs the show. The Just So Stories is no exception to that rule, and when deciding who some of my collaborators would be, I did not have far to look. For me, it was just smart to keep it in the family. 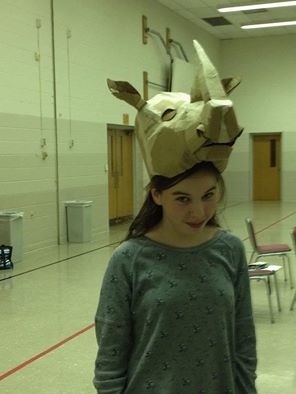 My daughter Sophie is an artist, currently in her freshman year in the art department at the University of St. Francis. When I came up with the idea for the actors to wear headpieces, Sophie was naturally my “go to” person for designing and creating those headpieces. So, for the past few weeks our house has been a workshop for cardboard animal heads, with the number of heads growing almost daily. Fortunately we just moved, so there is a large supply of cardboard at the ready. Soon we will have the whole Just So menagerie ready to papier mâché and paint.

And then there is my husband, who can build almost anything. Okay, I don’t think he has quite the skill set to create say, the Mars Land Rover, but give the man a hammer or a screw gun and he can go to town! So again, the choice for my scene designer/builder was pretty much a no-brainer. The set is minimal, the story being more about the ‘who’ rather than the ‘where’. But what there is to build is going to be built by my husband’s hands. 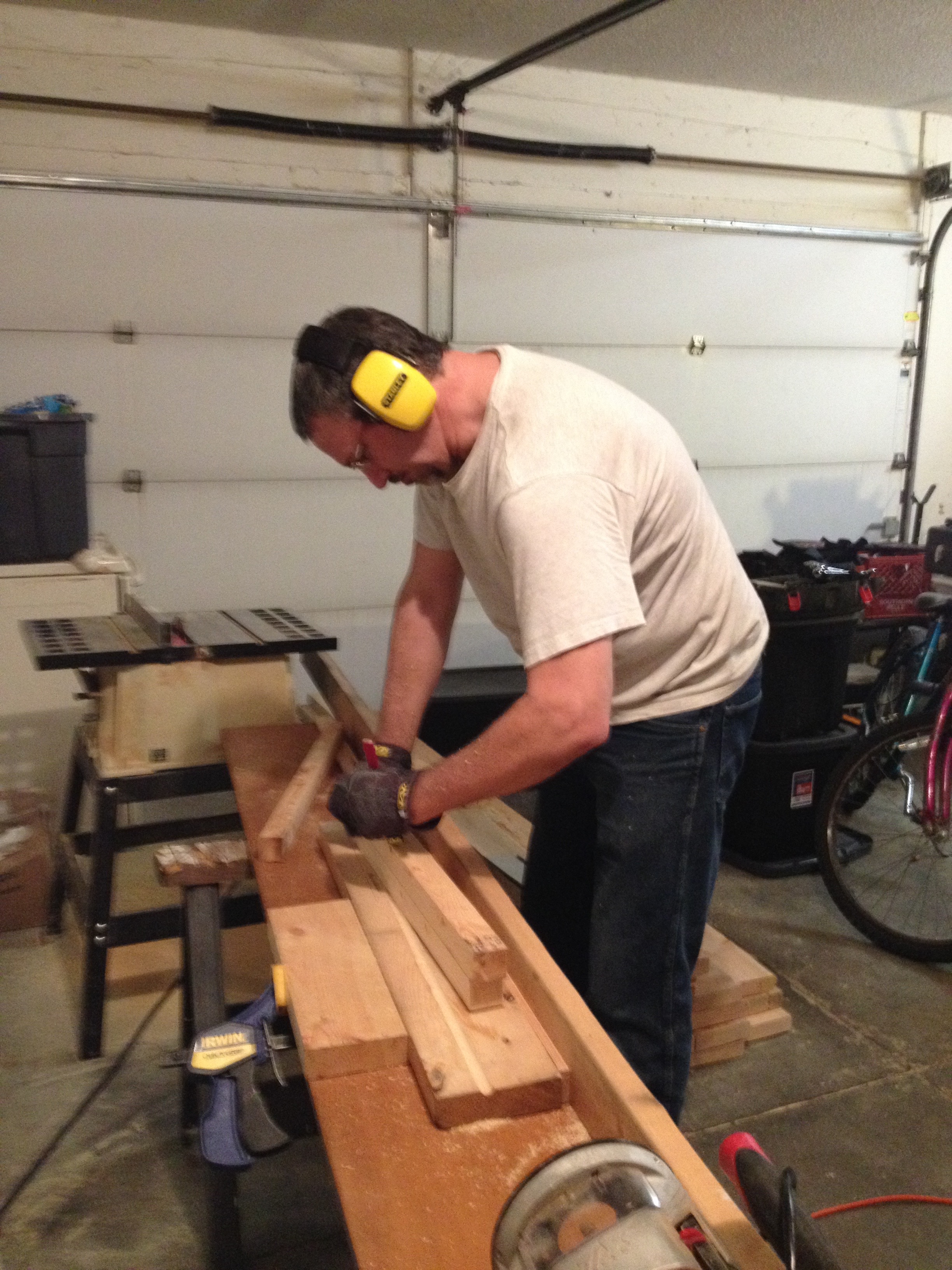 Lee Knox hard at work on the set

My three sons are not designers (yet), but they will also be contributing in some way. Two of them have already helped scavenge some of the wood for the set from afO’s storage trailers, and they will likely contribute muscle when the headpieces and set pieces need to be moved to their new home for the run of the show.

There are other designers/builders who are contributing their time, talent and creativity to help The Just So Stories be the best show possible. It could not be done without any one of them. I just wanted to share a little about the ones that I like to keep close to home.”

PLOT SUMMARY, Around the World in Eighty Days

Jules Verne's classic novel, published in 1873, is said to be his most popular book…