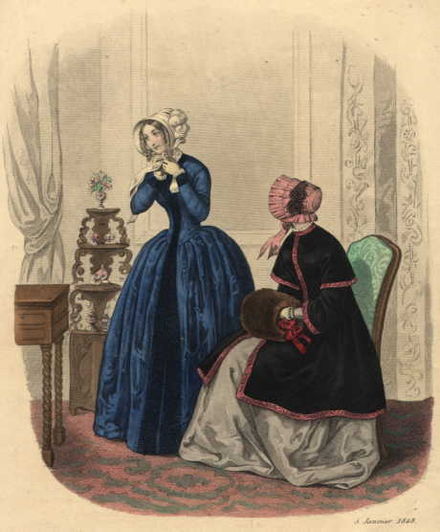 Women’s fashion in the 1840’s was characterized by dresses underlain with layers upon layer of petticoats, to achieve a bell-shaped appearance.  The waist was very slender, due to the use of corsets, and the dresses typically had very low or, in some cases, pointed waists.  The shoulder of the dresses, as a standard, fell below the natural shoulder, and, in evening gowns, was worn off the shoulders completely. Sleeves were very narrow, but some fancier day dresses and evening wear favored ‘puffs’ on the sleeves.

Hairstyles were quite simple, looking perhaps severe, with center parts and sleek upsweeps and buns. Some wore ringlets on the sides of their head, whilst still maintaining a bun on the back of the head.  Hats and bonnets were worn. These head coverings were stiff over the top of the head, and projected out to the front, resembling a megaphone circling the face. Typically lace adorned the headwear as trim, as well as being employed to tie the hat/bonnet onto the head.  The colors of the 1840s were darker or more subdued colors, and this time period is referred to as the Gothic era in fashion. 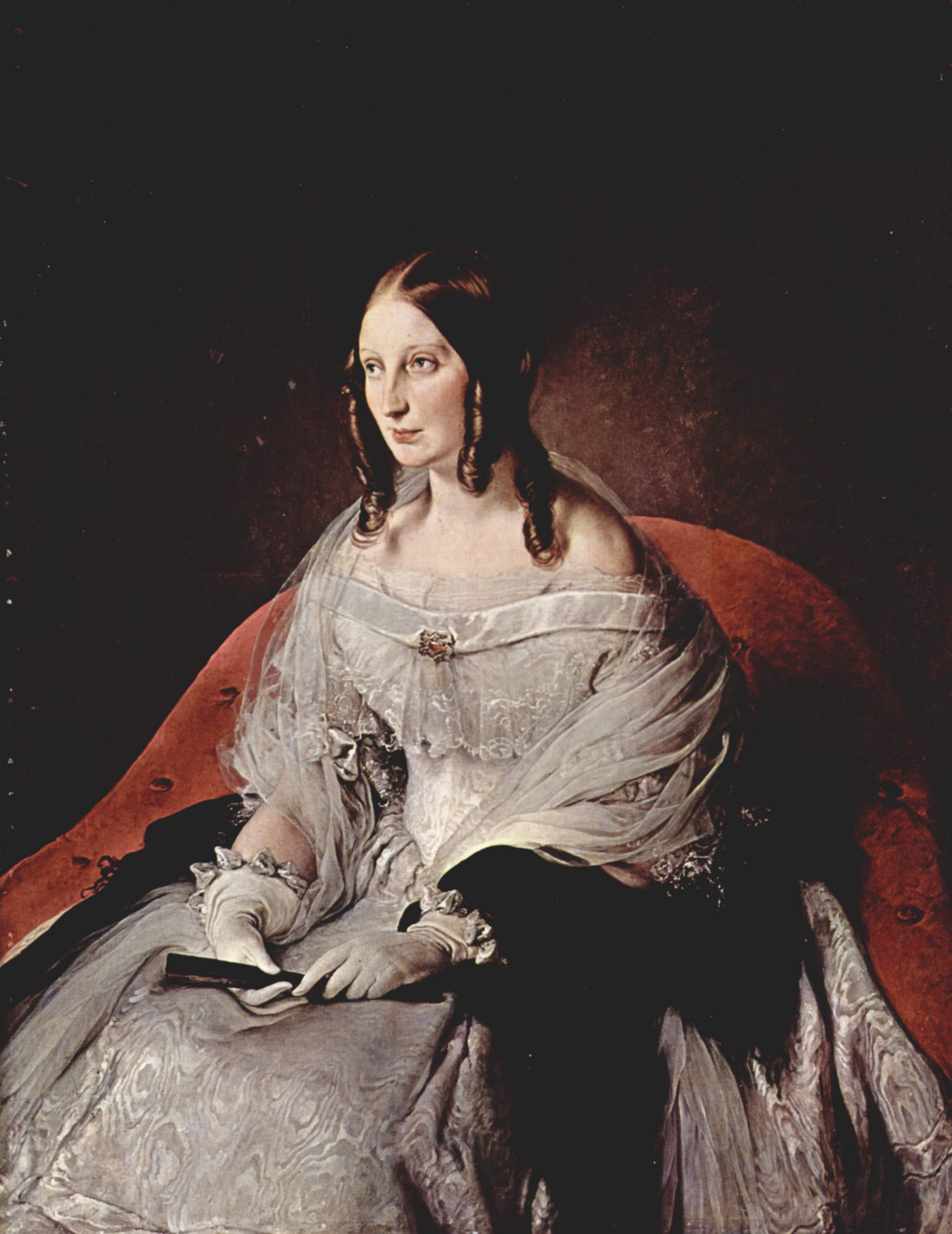 An Actor’s Notebook: How to Play a Character

Great thoughts on acting from Sam Ward, who plays Alan in our upcoming production of…