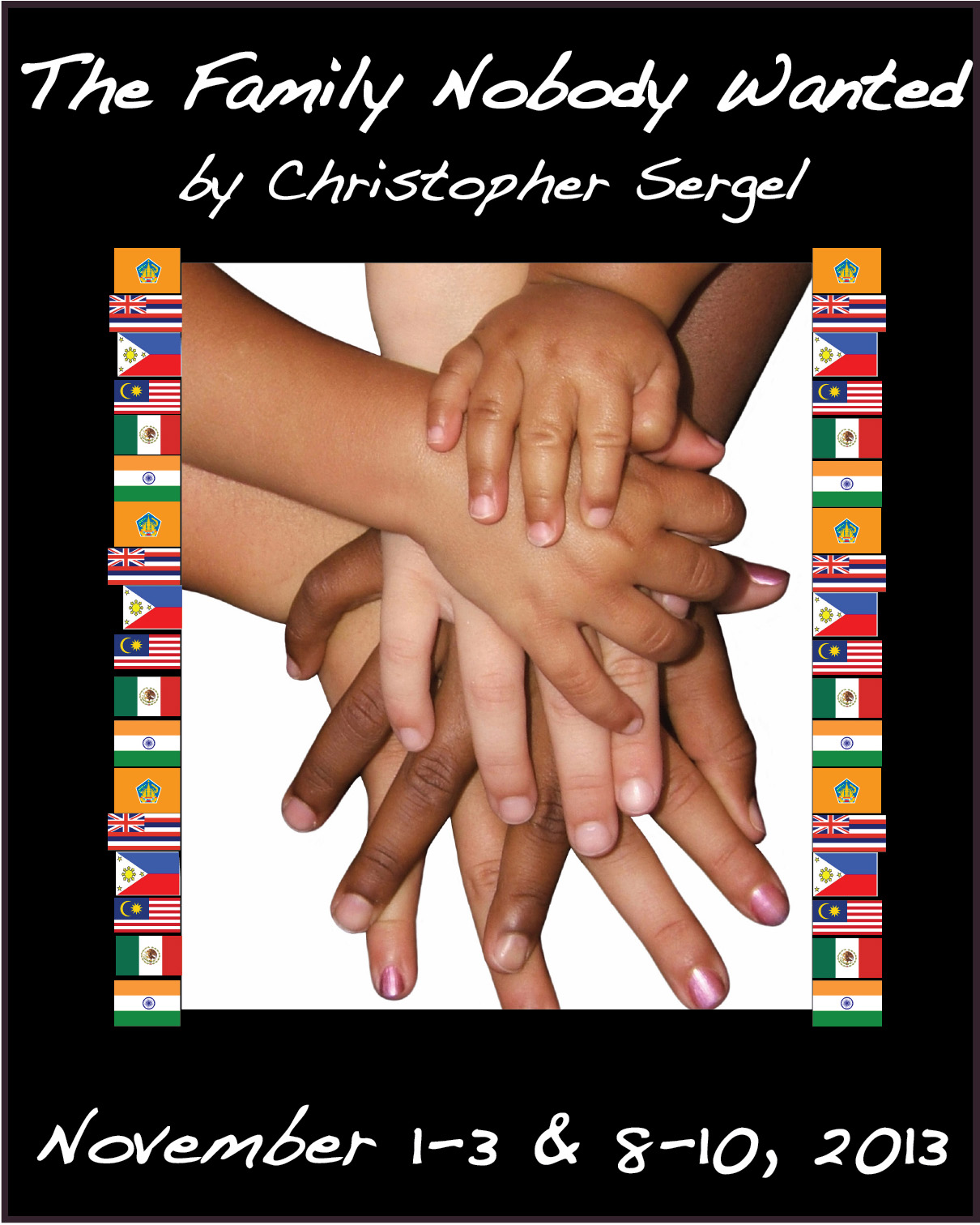 A married couple has several medical options nowadays, when told that they are infertile. But in the 1940s, there were really only two choices: remain childless, or adopt. When Carl and Helen Doss, a couple in their 20s, found that they could not have children, they went to an adoption agency. Although Carl was in seminary and made little money, the Dosses successfully adopted Donny, the “ideal” baby, blonde and blue-eyed.

Helen wanted a big family, but no adoption agency would consider giving them another child on their meager income. They became foster parents, and in the process found out about the “gray” market, the network that helped find homes for “unadoptables”–children who, because of ethnicity or disability, were not wanted by adoptive parents. Years later, Helen described the events which led to the Dosses adopting eleven ethnically-mixed unadoptables, in her memoir, The Family Nobody Wanted (1954). The children’s ancestry included (among others) Chinese, Japanese, Korean, Filipino, Burmese, Malaysian, Mexican, and Native American.

Helen’s earlier Reader’s Digest article on her international family had garnered national media attention, and the Dosses were featured in Life magazine in 1951,where they were dubbed a “one-family United Nations”. When a play was written, loosely based on Helen’s book, it set the scene in the midst of this media circus. While the background facts and some incidents from their lives are accurate, the plot of the dramatized version of The Family Nobody Wanted is completely fictional. In it, noted playwright Christopher Sergel (who adapted many other books to stage, including To Kill A Mockingbird) chose to tell a typical boy-meets-girl story in order to highlight the racial prejudice which the Doss children had to face.

In the play, the now-18 year old Donny has fallen for the girl next door, whose father is a wealthy Texas oil man who shuns publicity. A predictably unfortunate series of encounters ensues, with suitable hilarity provided by six younger siblings, a busybody church lady, a mischievous toddler and a can of rattlesnake meat. The play’s third act takes place a few days before Christmas, and the audience will leave with both an appreciation for what family really means, and with an early taste of the approaching holidays.

THE WIND IN THE WILLOWS: ADAPTING CHILDREN’S LITERATURE TO THE STAGE