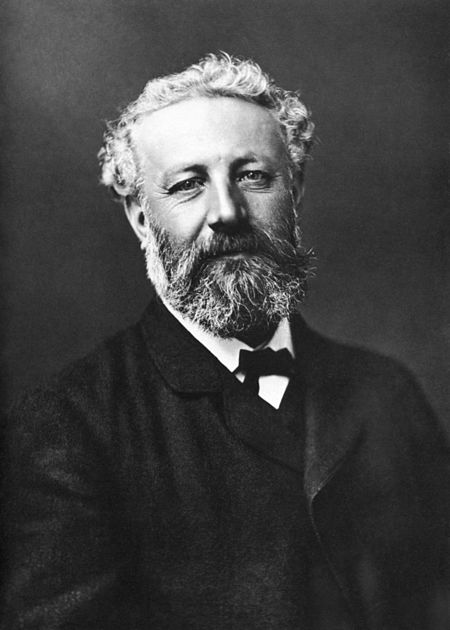 Jules Gabriel Verne (8 February 1828 – 24 March 1905) was born into a middle class family in Nantes. His father, a lawyer, expected Jules as the oldest son to follow him into the legal profession, although Jules very early displayed much greater interest in travel, science and writing. However, he was sent to Paris at the age of 19 and received his law degree when he was just 23.

The following year Verne’s father offered to give Jules his own law practice and Jules refused. Instead he began to write for a magazine, The Family Museum, which sought both well-written fictional stories, and straight-forward non-fiction. He excelled in careful research, especially about geography.

Verne also worked as a stock broker for a time, in order to improve his financial situation enough to court Honorine de Viane Morel, a widow with two young children. They married in 1857, and had one son, Michel, born in 1861. The following year Verne met publisher Pierre-Jules Hetzel, and submitted to him a draft of his first novel, which would eventually be published as Five Weeks in a Balloon.  This led to Verne’s being commissioned to write the series of novels which would become known as Voyages Extraordinaires (Extraordinary Journeys). These lavishly-designed volumes were considered both literary and popular successes, and are today highly-prized collector’s items. 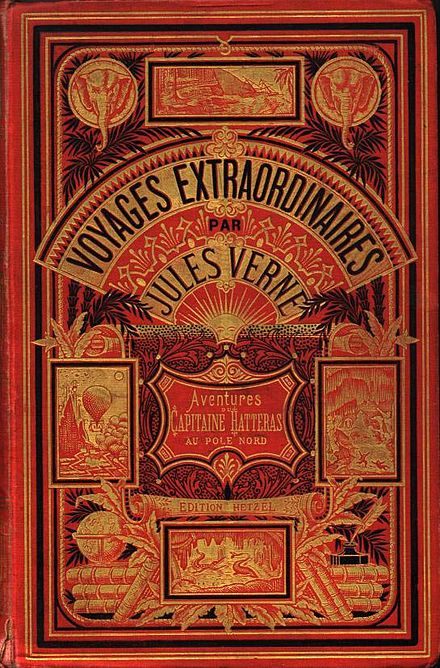 Among the more than fifty novels in the series are such titles as: Five Weeks in a Balloon; From the Earth to the Moon; 20,000 Leagues Under the Sea; The Mysterious Island; Master of the World; Journey to the Center of the Earth; and—of course—Around the World in 80 Days.

Over time, Verne’s growing popularity led to suspicion of him in literary circles. Early, poor-quality English translations led British and American readers to consider him a children’s writer of sensational adventure stories. Today however, Verne’s reputation as a gifted researcher and writer has earned him a place in the pantheon of great French writers. New, accurate translations of his work into English are greatly enhancing his popularity as a writer for adults, and respect for his work is growing. In fact, Verne is now the second-most translated author in the world .

“Verne’s meticulous attention to detail and scientific trivia, coupled with his sense of wonder and exploration, form the backbone of the Voyages. Part of the reason for the broad appeal of his work was the sense that the reader could really learn knowledge of geology, biology, astronomy, paleontology,oceanography and the exotic locations and cultures of world through the adventures of Verne’s protagonists.”

Although he is often referred to as “the father of science fiction,” Verne did not ever claim to be a science writer per se. He was fascinated by the natural world, and had a vivid imagination. The fact that many of his more fanciful creations (heavier-than-air flying machines, underwater ships) eventually became reality was more coincidence than prophecy, according to contemporary critics and his own opinions.

Verne claimed to have been inspired by several earlier writers, including Victor Hugo and James Fenimore Cooper.  In his turn, he is pointed to as a major influence by more recent writers, including Jean-Paul Sartre, Antoine de Saint-Exupéry; Arthur C. Clarke, Margaret Drabble and Ray Bradbury.

Naval engineer and submarine designer Simon Lake credited Jules Verne with being “the director-general of my life.” Sir Earnest Shackleton and Jacques Cousteau also pointed to 20,000 Leagues Under the Sea as being a profound inspiration. Among a long list of scientists influenced by Verne’s books, the most familiar include: Edwin Hubble, Wernher von Braun, Guglielmo Marconi, and Yuri Gagarin.

Whether one regards Jules Verne as a great travel writer, a science fiction creator, or an author of epic adventure tales, he has earned a lasting place among the world’s best-loved literary giants.

Season Finale: AROUND THE WORLD IN EIGHTY DAYS

all for One is thrilled to announce that its season finale, Around the World in…