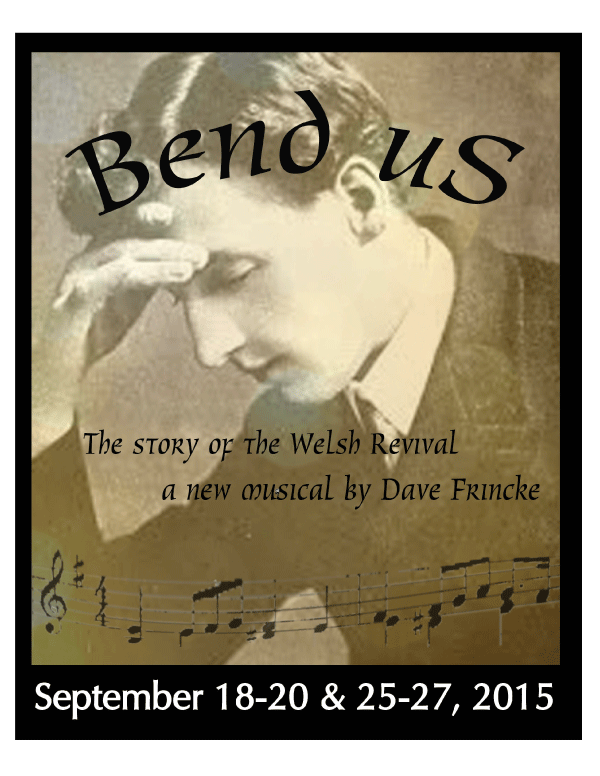 Things have been hopping at all for One behind the scenes!  We moved to new corporate offices last September, and into a new theater in April. It is long past time to give you all a glimpse of what you will see when we open our 2015-2016 season next month, with our first-ever world premiere musical!

all for One has not been known for producing musicals, although we do often incorporate music into our plays. A Sentimental Journey included vocal music of the 1940s, with live piano. Last year’s A Laura Ingalls Wilder Christmas included folk music from the late 1800s, accompanied by members of the Hearthstone Ensemble. We have included choreography on occasion, whether to interpret a scene emotionally (e.g., Tilly), because a scene takes place at a dance (e.g., Emma) or just because it’s fun (e.g., The Princess and the Goblin)!  Appropriate (recorded) incidental music is a significant feature of all our Home Stage Productions…often the music is original.

But a full-fledged musical is not something we’ve attempted. Broadway-style musicals are costly, and there are other companies locally who already make them a specialty. So producing musicals on a regular basis is not what we are called to.

However, in October of 2013, Dave Frincke was introduced to me (Lauren, afO’s Artistic Director), by a trusted mutual friend. Dave is the worship pastor at Heartland Community Church, and had written the score for a local musical (The Twelve) several years ago. This time, however, he had written the book and lyrics as well. I was recommended as the person who would be “brutally honest” with him about the script. I had never heard of the Welsh Revival of 1905, but I was intrigued by Dave’s backstory. My initial reaction ran to three pages, single-spaced.

“Thank you, first of all, for the step of faith of allowing a comparative stranger to read your script, Bend Us: The Story of the Welsh Revival. I began it with great anticipation after hearing the amazing story of how you were compelled to write it.”
(P.S. I hope to get Dave to write a post telling you the story of how he came to write Bend Us.)

The bottom line, for me, was that the music was wonderful, the subject was compelling and important–but he had not found a theatrical way to tell it. Dave–gracious, humble and open-minded throughout the whole of the past two years–asked great questions. And came back a day later with an entirely new script.

The script, in essence, which you will see in September.

Dave took the vast reading he had done, along with interviewing and visits to Wales, and used this to imagine an appropriate historical back story for one central character of the Revival, Florrie Evans, about whom virtually nothing is known beyond her standing up to testify in a chapel meeting. He gave her a mine-worker father, and a spiritually-cold mother.  Dave also found a dramatic way to introduce the dissenting voice of those who opposed Evan Roberts, the most prominent preacher during the Revival.  He wove together historic a capella hymns and his original words and music.

The result  of all Dave’s effort is a gripping story. In the course of meetings to go over dialogue and scene structure, Dave had invited me to direct the eventual production. I would only be able to do that during the summer, and I tentatively said yes for the summer of 2015. Then in the Spring of 2014, afO was approached by Arts United to consider making the ArtsLab our new home. I felt strongly that Bend Us could be done on this flexible stage. After talking with the afO board and staff, and with Dave, we added his musical to our slate of shows for this season. I am thrilled to be  bringing this project to the afO stage.

Future posts will include more on the historic elements, with links to great further reading, coming in our next post. For now, here is a listing of the cast for our world premiere. You will notice a number of new names.