After months of agonizing over what the goblins should look like, I think the finished product is great fun:

I must emphasize (for parents who are wondering) that the goblins are funny, not scary. Lots of small children in our opening night audience would agree! Four goblin dancers and two “creatures”–sub-goblin pets or servants who look more animal-like in their faces–complete the entourage. They come and go mostly down the side aisles of the auditorium, and they argue a lot.  But they are definitely comical, as is the hilarious battle sequence near the end. (Any creature who can be defeated by singing at it and stomping on its foot isn’t much of a threat!) 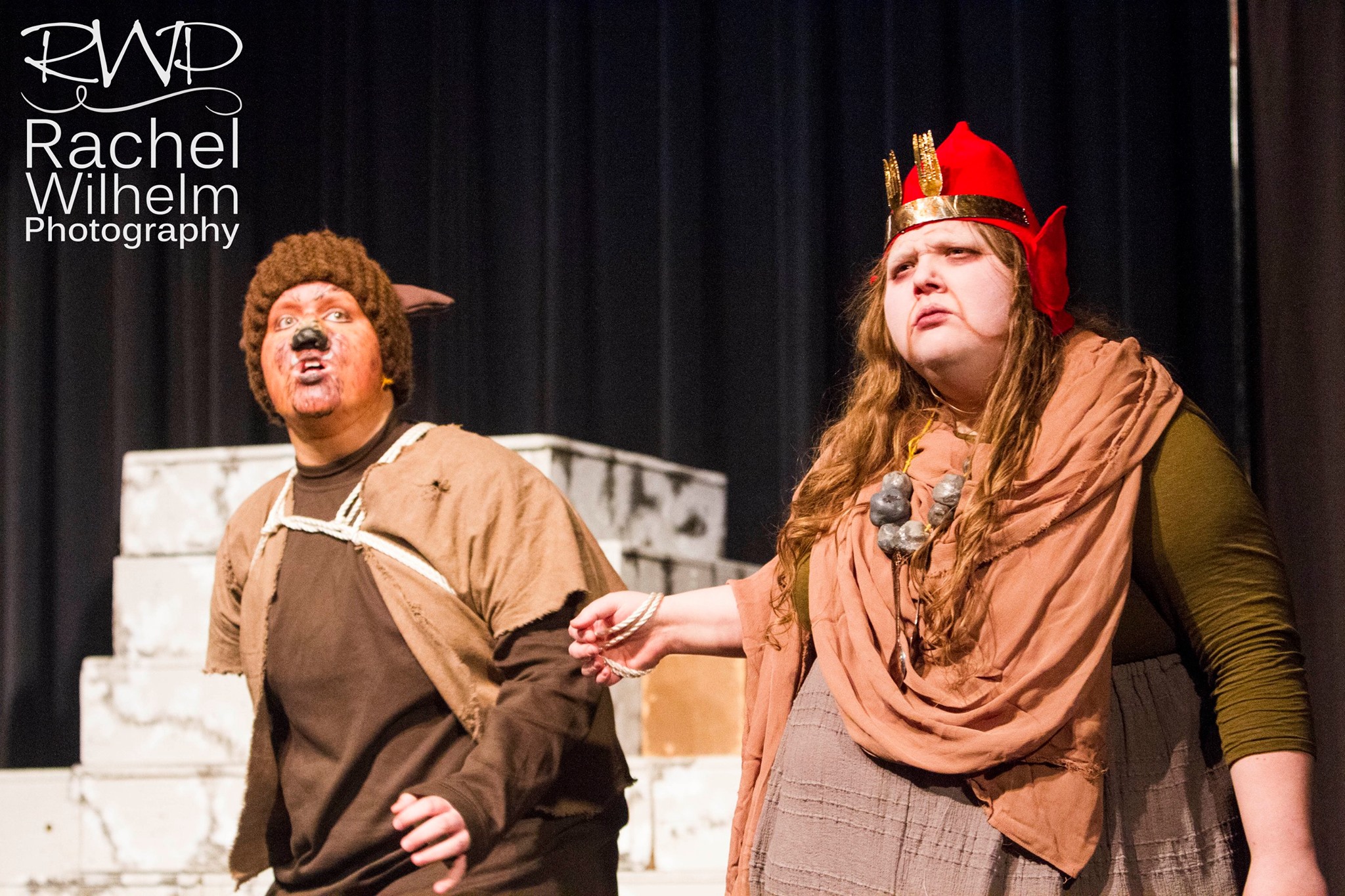 Thanks to: Tabitha Chen’s original costume design concept, a great box of ragged clothes from IPFW’s theater department (which previously served Chinese peasants in The Good Person of Szechuan and London orphans in Oliver!), “jewelry” and a breastplate created by Christine Newman-Aumiller, hats sewn by Ruth Keller, and makeup designed by Jeff Salisbury…as well as the Queen’s granite shoes made by yours truly out of foam and duct tape.

Others greatly deserving of thanks where the goblins are concerned:  Kimberly Bronson and Christine Newman-Aumiller, who are doing goblin make-up; and Sophie Knox who designed and is nightly applying the goblin creatures’ make-up. 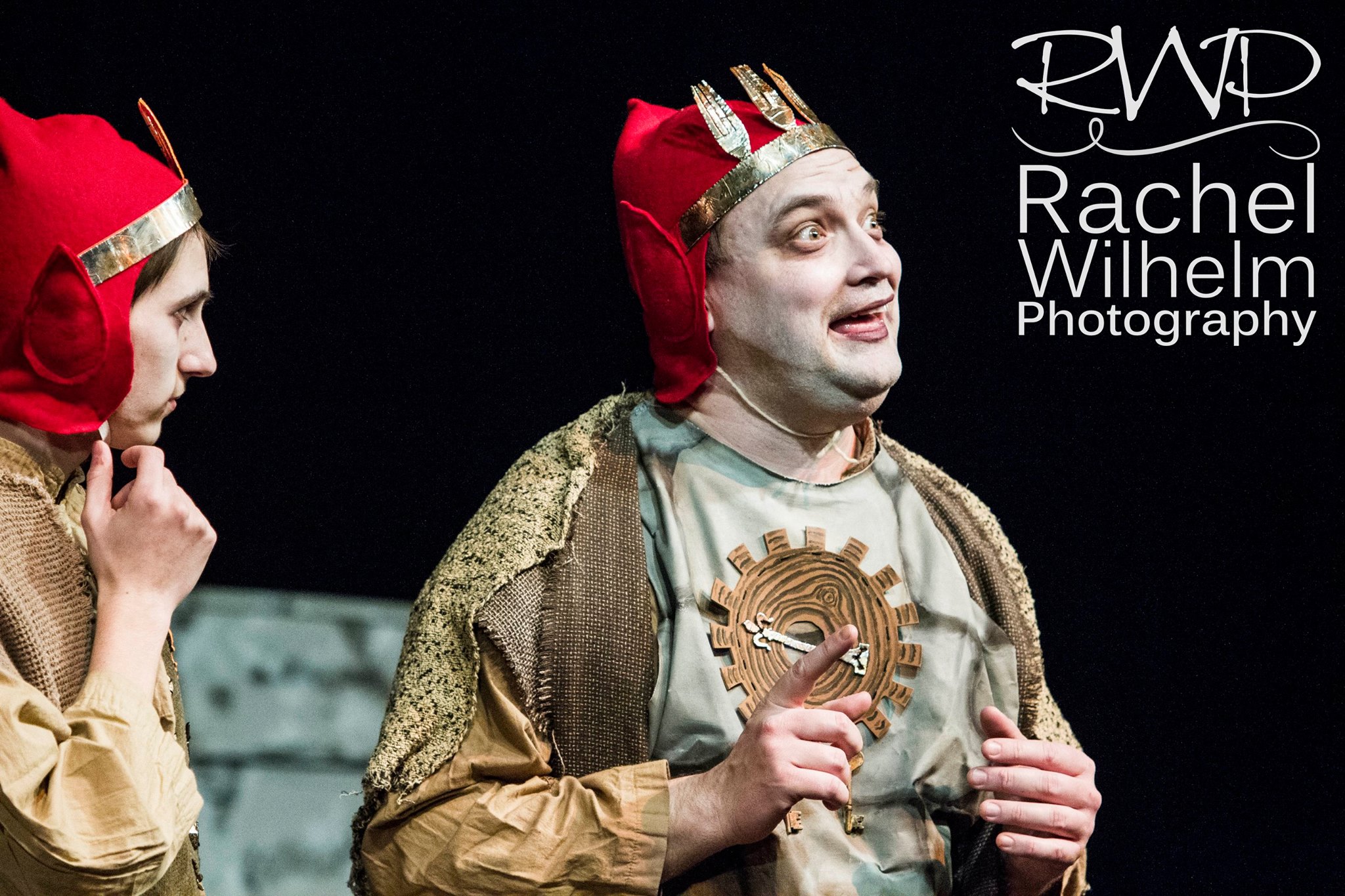 Goblin King (Scott Kump) with son Helfer (Eli Ramsour) looking on. I love their crowns made of forks…

What Will You Hear??

One of the most critical technical aspects of any production, to me, is the sound…

Introducing.....a familiar face, in a new role!  Lorraine Knox is certainly no stranger to all…