Those of us able to watch every performance of The Princess and the Goblin are delighted by the varying degrees of audience response, especially when children are present. The first Sunday matinee was particularly full of young and enthusiastic audience members, including my own three-year-old granddaughter.

But it was not Lucy, but another little girl–sitting in the front row–who had the rest of us chuckling. She was so engaged and so vocal. 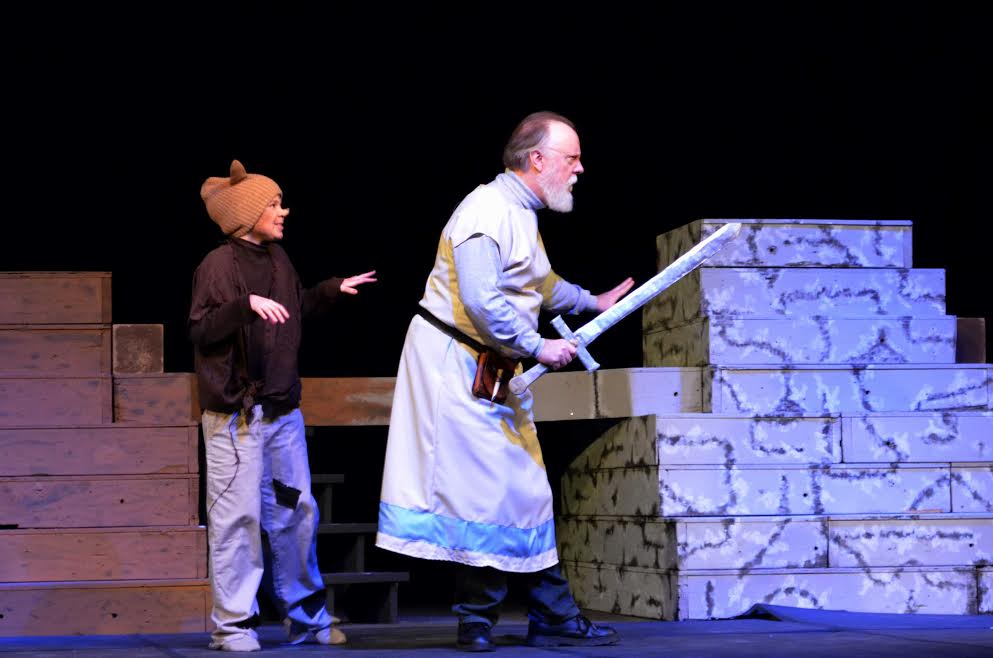 I had been worried that some of our effects–notably the toeless goblin feet, which we ultimately decided to achieve with socks and nothing else–might not be precise enough. But as I watched Lootie take Sir Walter’s keys and “lock” the invisible door one night, it occurred to me that this is how children play. Lucy doesn’t have any trouble with invisible rings and thread. She plays this way all day long.

In several respects, doing live theater for children is much more valuable than producing children’s films. We are modelling “make believe” on a somewhat grand scale, but make believe nonetheless. And in the case of this story, we are putting into their minds a story filled with wonder and subtle truth…truth about spiritual direction, faith in the unseen, and the triumph of good over evil. None of this is preached to them overtly. It’s simply part of the story.

Like most fairy tales, the underlying message is absorbed obliquely. This “poetic knowledge” may be analyzed later–middle school, perhaps. But for now, it is enough to have experienced a colorful story which has such depth. It is an investment in their future which we are happy to be able to offer to parents in our community.

JANE EYRE and the Arts

Up Next: “A Laura Ingalls Wilder Christmas”