Years passed. I looked at the outline from time to time, added touches. Eventually I decided that I needed to at least try to get a script down on paper. I had written several scripts in the meantime, and my confidence was up. I took a three day writer’s retreat and, much to my surprise, came home with all of Act I, very much as it stands today. I didn’t have the luxury of another retreat to write the rest of the play, and it was finished in snatches, stolen moments late at night mostly.  In November of 2014 I was ready to have the entire thing read aloud. After hearing it, and receiving some helpful feedback, I decided to add it to the end of our next season. And here we are! 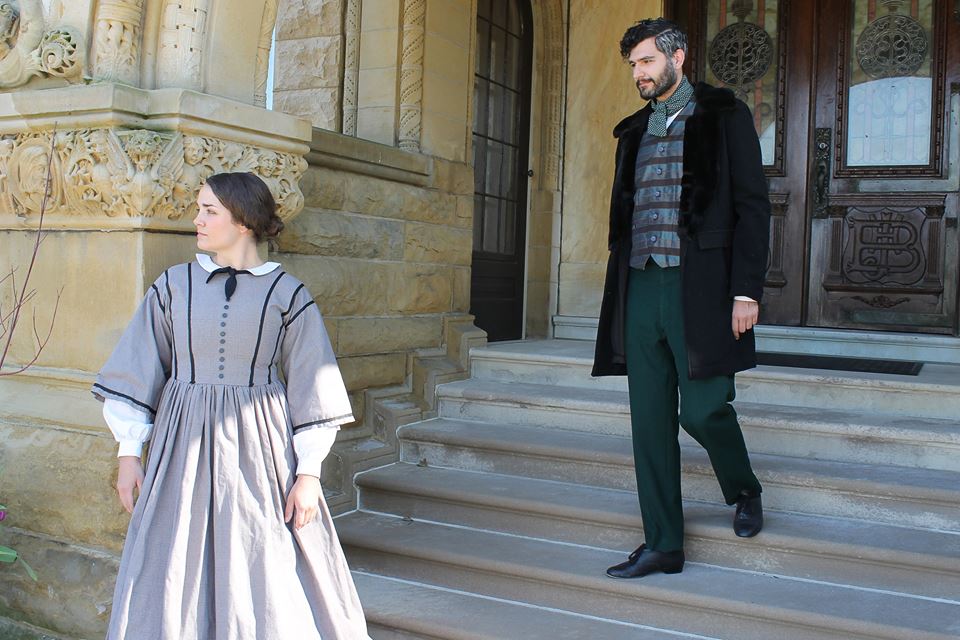 Telling the story out of order brings a freshness to the story, and to some extent restores the element of surprise.  Also, if the original work is long, or if one wants to highlight some events without sacrificing others, telling the story out of sequence allows the playwright to present just exactly as much as is necessary of certain events. Various elements of the story can be placed side by side for further contrast or comparison.

In Jane Eyre I found the same difficulty I had faced in adapting A Little Princess:  I didn’t want to double cast the leading role just because at the beginning she was supposed to be a child.  It occurred to me that if I began Jane’s story later, I could have her recall events from childhood in very short segments.

Thus it made sense to begin the play with Jane’s visit to her dying Aunt Reed, after she has been living some months at Thornfield Hall.  While at her aunt’s home, she naturally recalls the cruel treatment she received. [This is depicted behind an upper level scrim.] And the servant Bessie, who is still with the Reeds, just as naturally wants to know about Jane’s life now…which leads to a different flashback showing us Jane’s first meeting with Mr. Rochester.

Eventually the story becomes more fluid until it catches up with itself. Then at the end of Act I, we have the climactic events of the fateful wedding. But Act II opens some time later, and the audience (those unfamiliar with the story) don’t know what has happened in between.  This is revealed first through a nightmare memory after Jane arrives at the home of the Rivers family–a story line which some adaptations, to my chagrin, omit altogether! 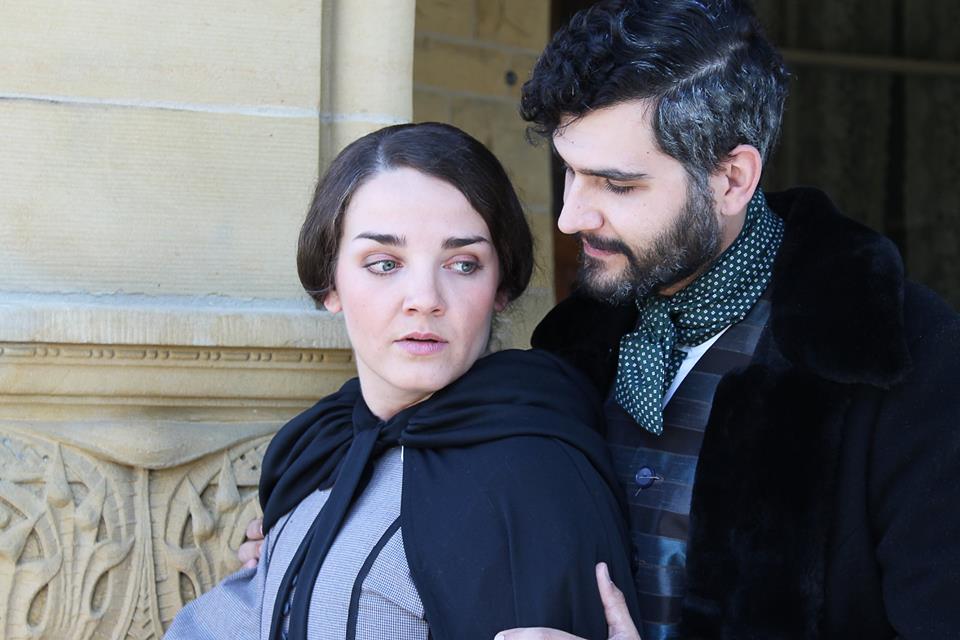 Later scenes offer a fascinating parallel between the two men in Jane’s life, by going back and forth between her life at Moor House and her memories of Mr. Rochester. This serves to keep Rochester in front of the audience in spite of Jane’s absence from Thornfield for over six months.  The final scenes of the play mirror those of the book, though necessarily shorter. In Brontë’s book, people talk for hours!!  A huge challenge through the writing process was condensing pages of speech into paragraphs.

I hope that those of you who see our production will write and let me know what you think of this storytelling style.

The Family Nobody Wanted–background for the play

A married couple has several medical options nowadays, when told that they are infertile. But…