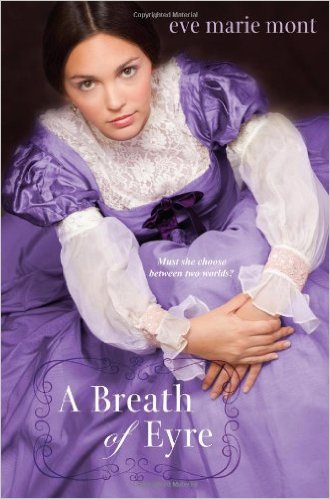 There have been quite a few Young Adult novels written that allude to, reference, or are inspired by Jane Eyre. [I hope this inspires young readers to attempt to read the classic themselves–a little bit like Twilight fans were inspired to read Wuthering Heights after it was referenced in New Moon.] For example, in A Breath of Eyre by Eve Marie Mont (Kensington, 2012) a young heroine is transplanted (by a lightning storm) into the life of Jane Eyre. She can move back and forth between her life in the novel and her life in reality, and along the way there’s plenty of adventure and self discovery. There’s also Claire’s Not-So-Gothic-Romance by Bonnie Blythe, (2008–out of print), in which the protagonist falls desperately in love with with the new guy in town (of course), and along the way discovers secrets about his not-so-great past. Fear not, lovers of all things monstrous and adventurous, you too can feed your Jane Eyre appetite. Jane Slayre: The Literary Classic With a Blood Sucking Twist by Sherri Browning Erwin [Simon & Schuster 2010]. I believe somewhere in there the line, “Reader, I buried him” exists. To each his own.

There are also numerous literary sequels and prequels, and interestingly enough, re-tellings from other characters’ points of view. Have you ever wondered what Rochester was thinking when he made some of his less-than-ideal choices? Well, now you can know:  Jane Eyre’s Husband by Tara Bradley (2011) is told from his point of view.  There’s also a re-telling from the perspective of Bertha Mason (Wide Sargasso Sea by Jean Rhys, 1966), which I find simultaneously interesting and frightening. 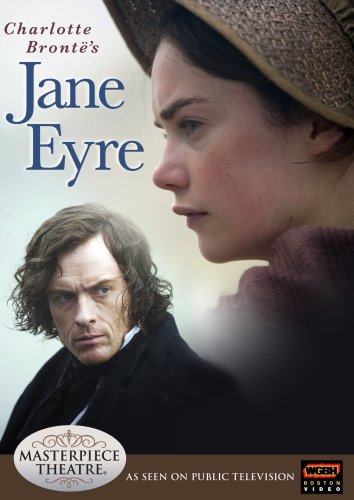 I should be honest with you, reader (do you see what I did there?), and tell you that Jane Eyre is one of my all-time favorite novels, and no re-working, film adaptation, or (heaven forbid) sequel will live up to my standards. The feel of gothic literature is hard to capture in film, and the book is so complex and spans such a significant period of time, things always seem to be missing. My film teacher always told me that films aren’t exact replicas of literature, they are translations of the words on the page. With that in mind, here are some of the more noteworthy translations of the beauty that is Jane Eyre:

–A 1973 BBC television version of Jane Eyre (starring TImothy Dalton as Rochester) took most of its dialogue directly from the book. BBC generally does fairly true-to-form adaptations;

–A more recent BBC series (2006) with Toby Stephens as Rochester is worth noting as well. (See the DVD cover above.)

–Most people now are familiar with the 2011 film version of Jane Eyre featuring Mia Wasikowska and Michael Fassbender.

Personally, one of my favorite parts of being familiar with classic literature is not missing out on all the “easter eggs” that pop up in modern day media. Like this: