Part of our mission at all for One is to educate as well as entertain and inspire. This blog and the dramaturgy in each program are among our efforts to enlighten and educate our audience.  We hope to deepen your understanding of the background and implications of the stories we present on stage.

Here are some topics which may raise questions in the minds of our audience:  Why India? What is cholera? Why are gardens walled at Misselthwaite? Are English and American robins the same? These are addressed  briefly in the program, but we hope you will take the time to “read more about it” on this page, and share what you learn with your children who have enjoyed The Secret Garden. 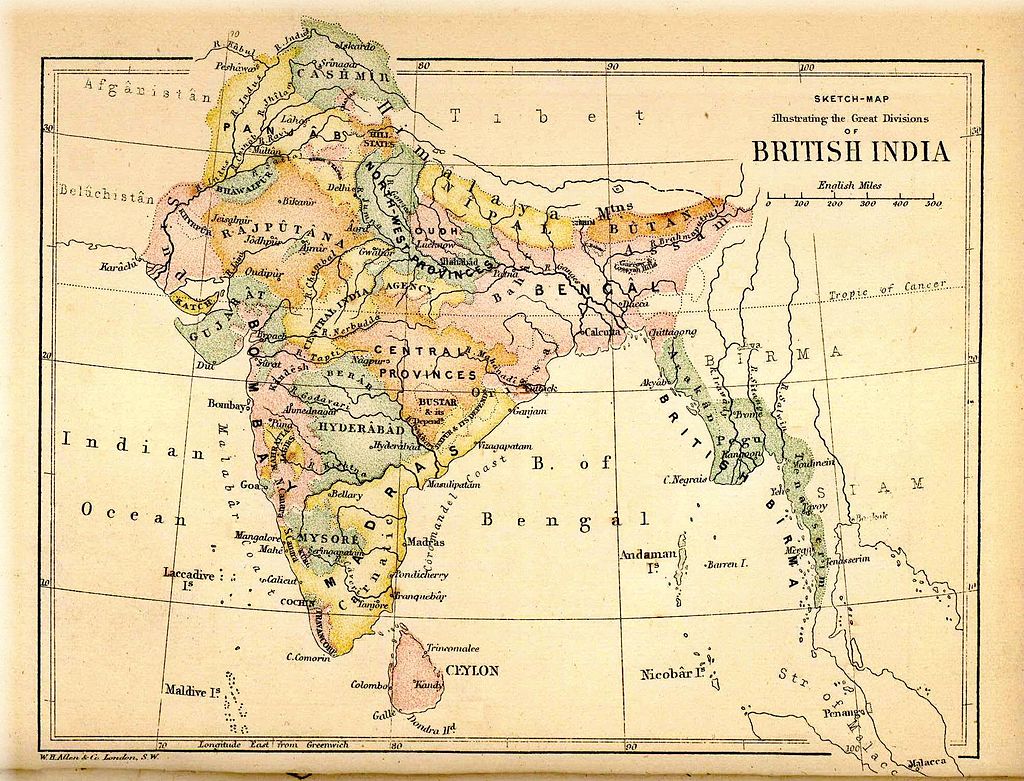 —Why India?  Readers of The Secret Garden and A Little Princess will notice the common thread of a British family living in India.  This is because India was a British colony at the time.  The British East India Company had established a trade post on the subcontinent in the 1750s, which quickly became a military presence. From 1824 onward, Britain ruled Burma. The British ‘Raj’ (Hindustani word for ‘rule’) over the entire region (comprising India, Pakistan and Bangladesh) lasted from 1858 to 1947. As such, Britain sent many citizens, especially the educated upper class, to govern the various provinces, oversee industry, and to keep order.  The climate, deemed unhealthy for children, caused many families to send their school-aged children to English boarding schools (the premise for the plot of A Little Princess).

—What is cholera? Cholera, whose first recorded outbreak was in India, is a gastrointestinal bacterial disease which causes extreme diarrhea resulting in dehydration. Severe untreated cholera kills nearly half of affected individuals.

Although cholera was once believed to be an air-borne disease, scientists from the 1850s onward suspected that the culprit was unclean drinking water (contaminated with feces). Cholera is still a serious problem in third world and developing countries, especially where it is difficult to maintain a source of clean drinking water . A cholera pandemic in India between 1900 and 1920 killed as many as 8 million people.

Although not explicitly explained in either the novel or the play, Burnett implies that it was Mary’s mother’s heedlessness and party plans which resulted in her family being caught up in a local outbreak. Mary, overlooked during the quick onset of the disease, wanders around an abandoned dining room in one scene of the book. She drinks a glass of wine and then falls asleep for a long time. Presumably the wine had both sedative and antibacterial properties which saved her life. 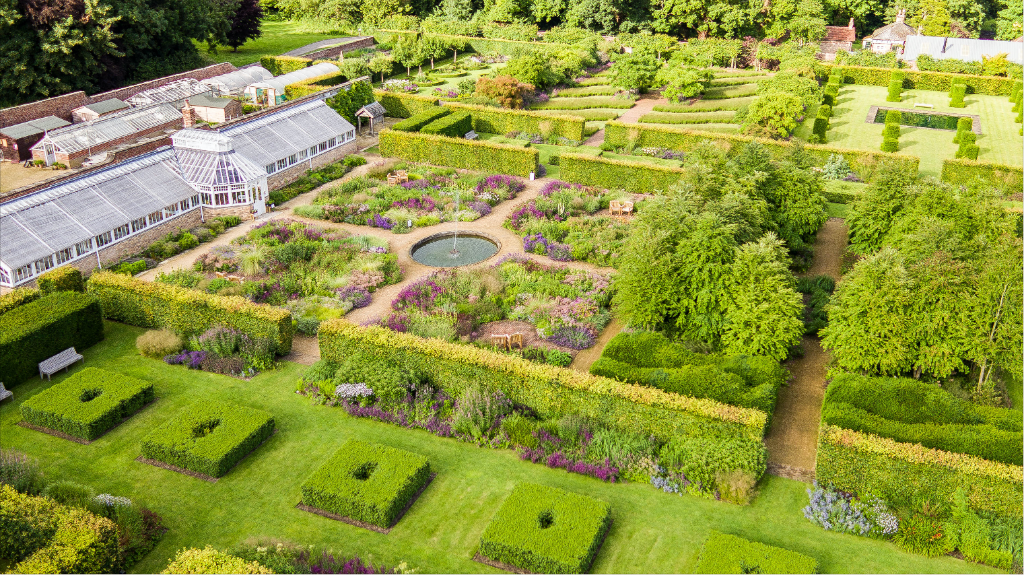 —Why are there walled gardens at Misselthwaite? Up until the mid-20th century, self-sufficiency was a normal part of life. Among the lower classes, tending a garden was necessary in order to have sufficient food. Canning and preserving were done as a matter of course. The upper classes did the same, with the difference that their servants did this work for the household. A large estate would mean many residents, and often many and frequent guests.

Walled gardens were practical from several standpoints:  in the harsh climate of Yorkshire, walls provided some protection from high winds. It helped keep scavenging animals out of the beds, as well as thieving humans!  The walled gardens divided the kinds of crops (herbs, vegetables, fruit and flowers) into aesthetically-pleasing ‘rooms’.  Walls were also useful in making every inch of space count: Fruit trees (especially peach, plum, and pear) were “espaliered” or trained to grow up against the walls, which not only saved space, but took advantage of the sun-warmed stone and brick to help ripen the fruit (see photo below). ‘Cutting ‘ gardens contained vigorous annual flowers which would produce heavy blooms through the season, thus providing fresh flowers to display inside the house. Hothouses were employed to winter over some crops and tender perennial flowers, as well as to start vegetables from seed before “planting out” after danger of frost was past. 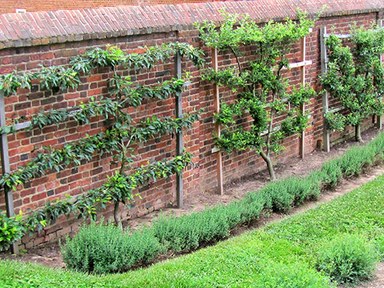 —Are English robins the same as American robins?  No, they are not! American robins are actually members of the thrush family, while the much smaller European robin is an Old World Flycatcher.  According to Wikipedia:  “In the fifteenth century, when it became popular to give human names to familiar species, the bird came to be known as robin redbreast, which was eventually shortened to robin.” (The color ‘orange’–a better description of the bird’s breast–was unknown until the 16th century, when the fruit was introduced to Europe and gave the color its name.) 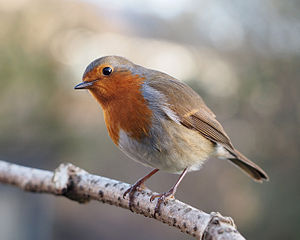 English robins are territorial, with one male defending his chosen territory against intruders and staying in the same location throughout the year. They prefer parks and gardens for nesting, and are not easily startled by humans. They tend to hover wherever the earth is being dug up, where potential food may be found. Thus the robin in The Secret Garden seems to be perfectly typical of the bird as a species.

If you'd like to read our feature, you can find it in the August 29,…

The Family Nobody Wanted–background for the play

A married couple has several medical options nowadays, when told that they are infertile. But…