There once was a farmer who found a monster turtle in his lake. The story of Gale Harris and his encounter with the Beast of ‘Busco is such a thing as fairy tales are made of, yet this is not a fable. It is a story of human endurance, determination and tenacity. At best it is a parable of longsuffering, and at its worst it is a hilarious romp of human foibles.  In either case it is a story that must not be lost in the annals of history.

In 1949 the war scare was over. There was a general sense of giddy relief.  People were eager to rally around any possible opportunity to celebrate.  So when a farmer in the small community of Churubusco Indiana claimed to have spotted an enormous turtle in his small lake, and set out to harness the mammoth beast, the word spread like wildfire.  People flocked to the little town which was receiving worldwide notoriety. Gale Harris became a local celebrity. And ‘Oscar the Turtle’ became a banner of celebration for the town to this very day. 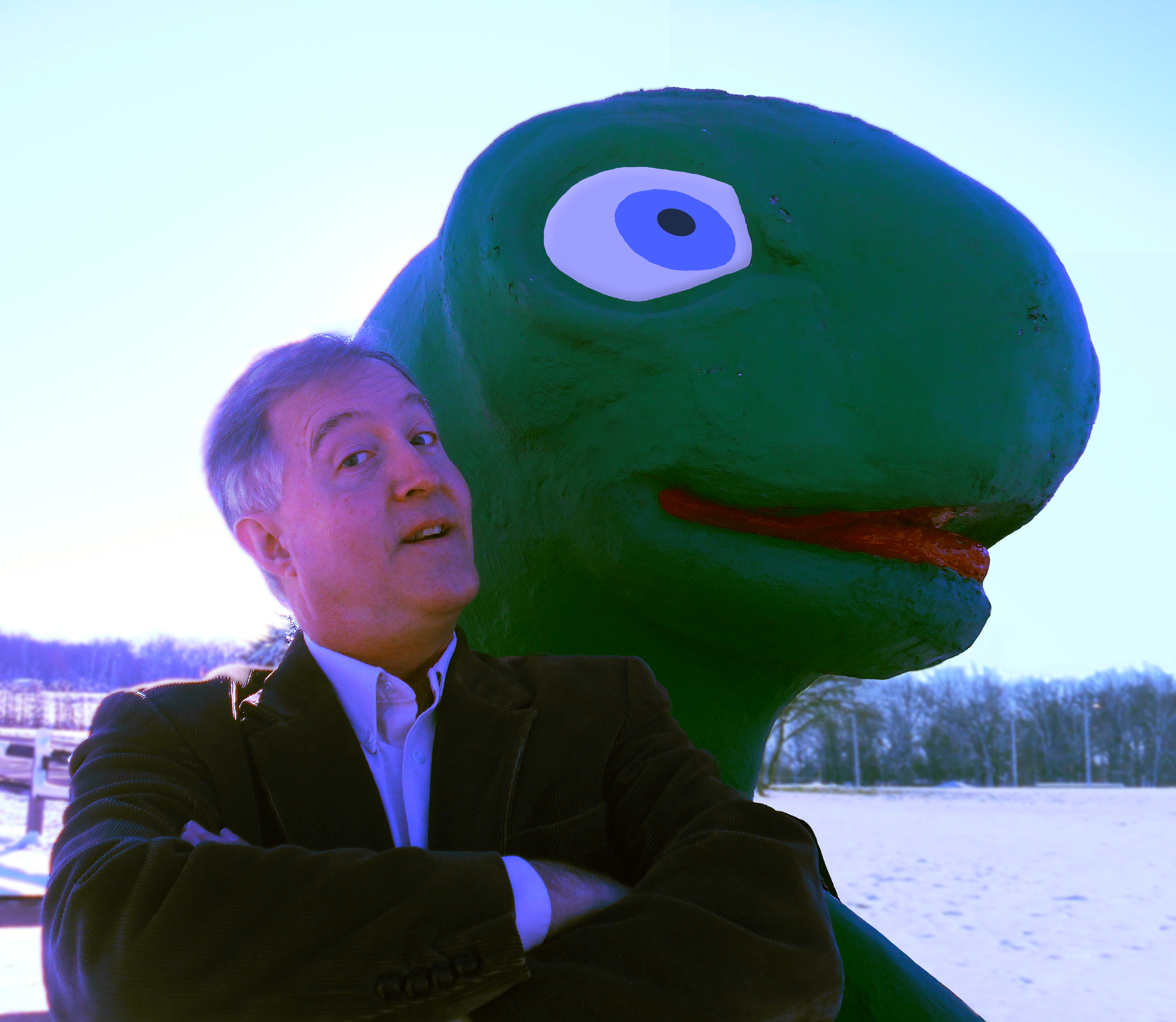 Playwright Michael Wilhelm poses with a statue of Oscar in Churubusco, IN.

As the years passed the tale of the great turtle hunt faded into the realm of urban legend. On occasion, random details will pop up to remind us that there is more truth than myth to the story.  Such was my personal introduction to the Beast of ‘Busco.  I was sitting in a coffee shop enjoying my cup of brew, perusing a local tabloid whose cover story happened to be the anniversary of the Turtle Hunt.  As I read through the events I found myself laughing and thinking this would make a remarkable movie.  Someone should write it up.  Then it struck me:  Why don’t I do it? And not a movie, but a stage play–a work of art that could be presented by different generations. This would keep the story of Oscar the Turtle alive.

As I began to dissect the story, I found that the main focus was not the hunt at all, but the relationship between Gale Harris and his wife, Helen.  To my mind, this woman was the unsung hero:  She was faithful to her husband to the end; though she lost a lot, she was never bitter about it; and in later years was often called upon to tell the story over and over again.  This is why I decided to tell the story from her standpoint.  A remarkable woman sharing her phenomenal story makes for some pretty engaging theater.

JANE EYRE and the playwright

An Actor’s Notebook: How to Play a Character

Great thoughts on acting from Sam Ward, who plays Alan in our upcoming production of…

The Just So Stories

We are getting excited about our annual "for the whole family" show.  The Just…